Don Harrington headed up a syndicate that purchased W.A./S.A.Border Village in 1987. His involvement and commitment has seen many changes and improvement to facilities.

After a disaster in 2000, when Border Village was burnt to the ground, Don's efforts and commitment were instrumental in the design, rebuild and rebirth of the Roadhouse. Don's contribution also extends to organising and running the annual Border Dash. The dash as he fondly calls it, is a fund raising event which raises money for local charities. Don's love affair with the dash began in 1987 and continues today.

Don's contribution to the construction of the Course has been both important and vital to its completion. 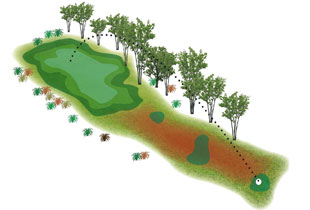