Skylab was a space research laboratory constructed by the United States National Aerospace Agency (NASA) when in July 1979 it eventually succumbed to the Earth's gravitational pull, re-entered the atmosphere and landed in fiery chunks around Balladonia.

Skylab served as a laboratory in earth orbit and was used to make solar-astronomical studies, long-duration medical studies of the three-person crew, extensive multispectral observations of the earth, and to conduct a variety of other scientific and technological experiments, such as metallic-crystal growth in the weightless state.

Over the period before its final descent the world had become fascinated over where the doomed station would land. The US President (Jimmy Carter) personally rang Balladonia Hotel Motel to apologise for Skylab falling on them.

For only the second time in its history the National Geographic Magazine stopped its presses to include the story. The local shire ranger (Mr David Somerville) was photographed giving the director of NASA a littering ticket, which received huge international coverage (the council later waved the fine).

Pat Prendiville is a modern day pioneer of Balladonia who purchased the Motel in August 1965 when he and his wife Paddy had a need to provide for their growing family of 11 children. Pat gave up his position that year as one of Western Australia's leading amateur golfers and moved to Balladonia for what was to be a 5 year stint but ended up directly and indirectly 45 years later (2009).

Water was carted in from dams and pumped into an overhead tank and gravity fed to various points while fuel for the service station was trucked in from Norseman in 44 gallon drums. Traffic was minimal and the staff of 3 were lucky to service 10 vehicles a day. The original property was rebuilt in 1974. 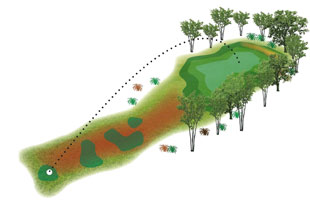